Arrival at Ashgabat airport by TK via ISTANBUL.

Meet at the airport. Transfer to the hotel.
Accommodation in the hotel.
Morning sightseeing in Ashgabat: Nisa – the residence of Parthian Kings (3rd century BC – 3rd century AD)
Afternoon sightseeing: Arch of Neutrality, Presidential Square, Monument of Independence, New Grand Mosque in Kipchak.
Overnight in Ashgabat.

Transfer to Bukhara (450km south-east of Khiva across the Kyzylkum desert).
On arrival to Bukhara accommodation in the hotel.

Morning sightseeing tour in Tashkent: Barak-Khan and Kaffal-Shashi mausoleums (16th century), Friday Mosque, Kukeldash Madrassah (16th century).
In the afternoon: time at leisure.
In the evening transfer to airport to take a flight to Bishkek (QH 410 flight Tashkent-Bishkek at 21:20 – 23:35)
Upon arrival in Bishkek airport transfer to the city and accommodation in hotel.

In the morning one hour drive to Burana Tower  (old minaret) near Tokmok city. That minaret was constructed in Balasagun town; one of the capitals of Karakhanid State existed in 10-12 centuries AD. Explore ruins of that important trading point at the Great Silk Road and visit a little local museum telling about that civilization. Also watch a collection of Balbals, Turkic ancient tombs.
After excursion lunch in the family house in Tokmok, where tourist can closer learn about life of local people.
In the afternoon three hour drive to the Issyk-Kul Lake, the second largest alpine lake in the world.
Upon arrival in the lake area accommodation and dinner in a local hotel.

In the morning you visit Cholpon-Ata Petroglyphssite , the temple in the open air of Scythians and Hungsuns civilizations in 9-8 centuries BC till 3-4 centuries AD.
After excursion drive to Karakol town situated in the east of the lake area, at the foot of the most picturesque mountains of Tian Shan.
On the way visit the museum of N. M. Przhevalski, the outstanding Russian explorer of Asian continent.
Lunch in a café in Karakol.
Then sightseeing tour in the town. Visit Dungan mosque, a unique construction in Chinese style, but serving as a mosque. Also you will see an old orthodox cathedral made of wood without any nails.
Dinner in a restaurant with Dungan cuisine.
Overnight in hotel in Karakol.

After breakfast transfer to Kochkor village along the southern shore of the Issyk Kul Lake.
On the way short hiking in Skazka (Fairy Tale) Canyons.
Picnic lunch at one of the beaches of the Lake Issyk Kul.
In the afternoon you will arrive in Kochkor village where you will watch how local people make felt, various carpets and other handicraft stuff.
After visiting handicraft center you continue your way to Bishkek.
Overnight in hotel in Bishkek.

In the morning transfer to the airport to catch your flight back home by Turkish Airways flight via ISTANBUL. 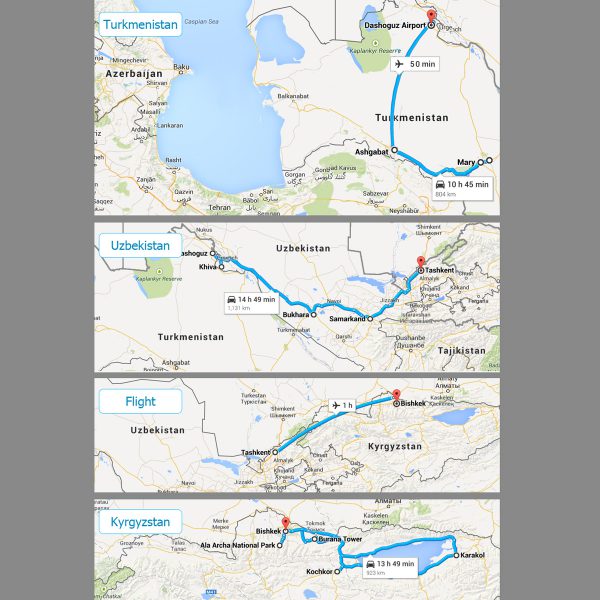 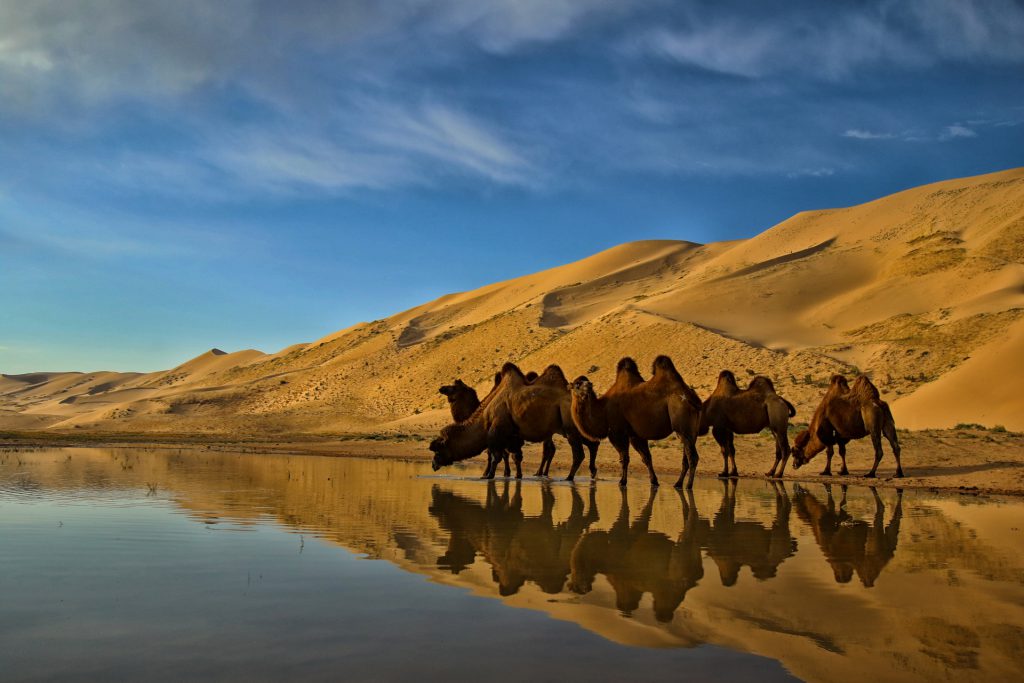 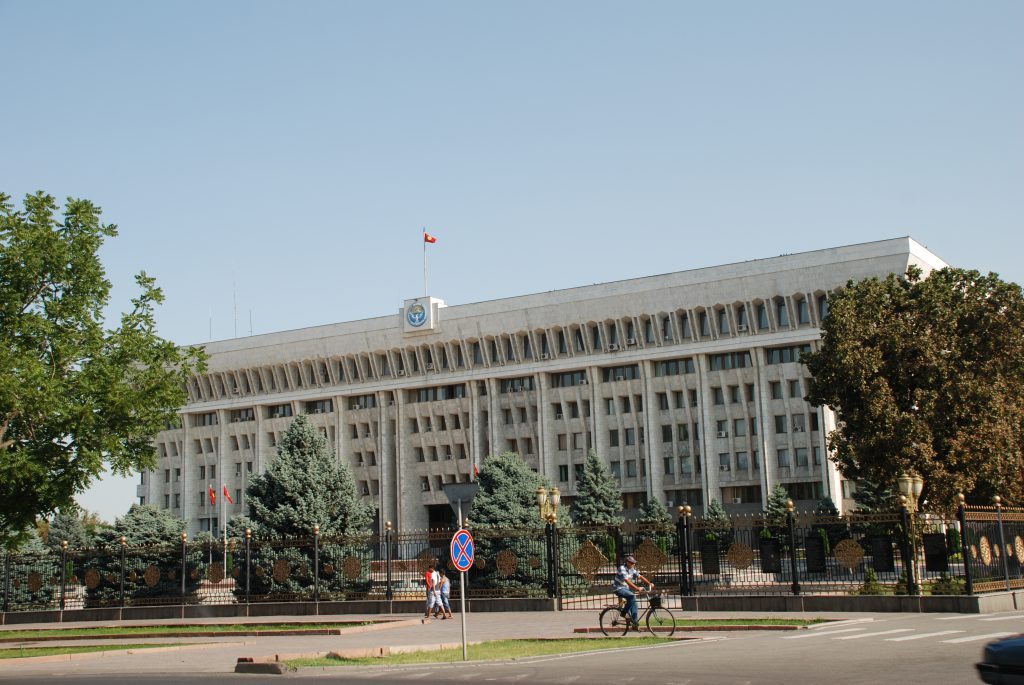 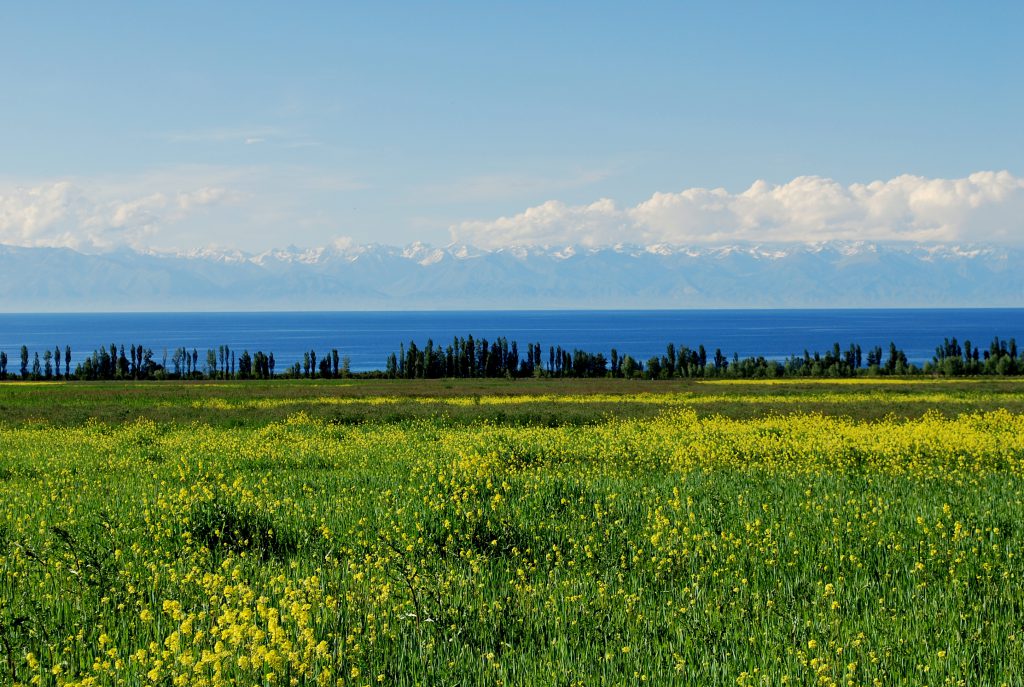 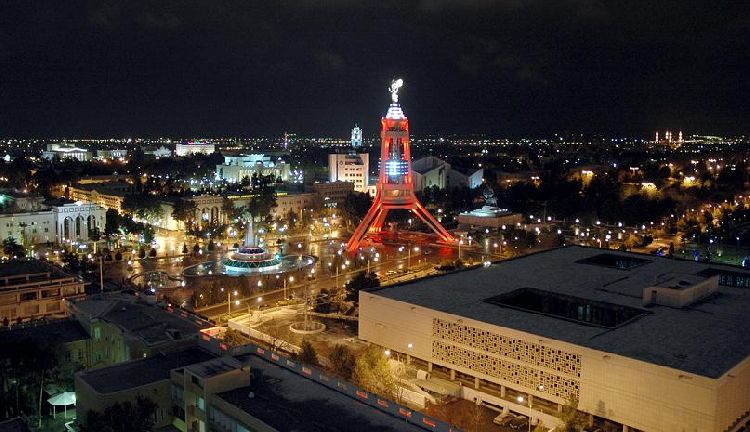 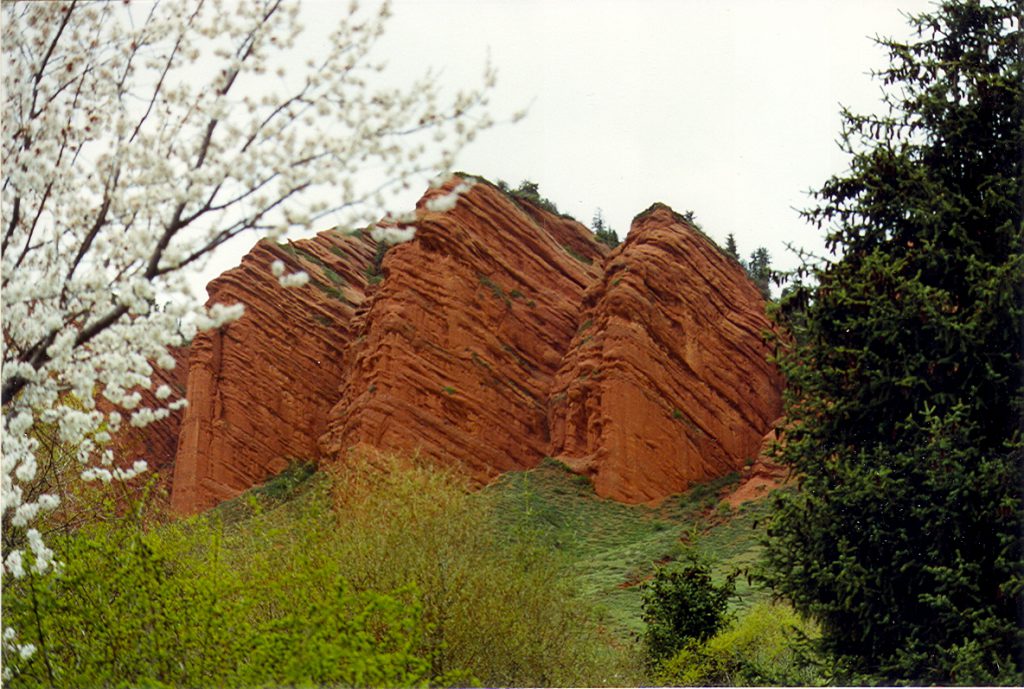 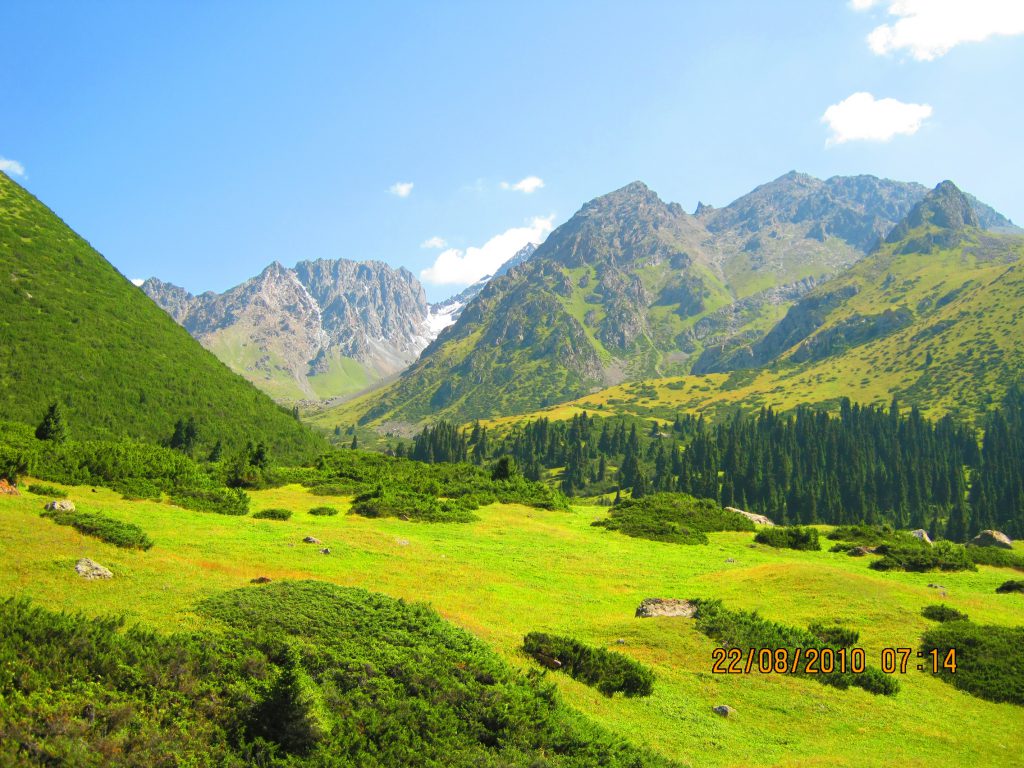 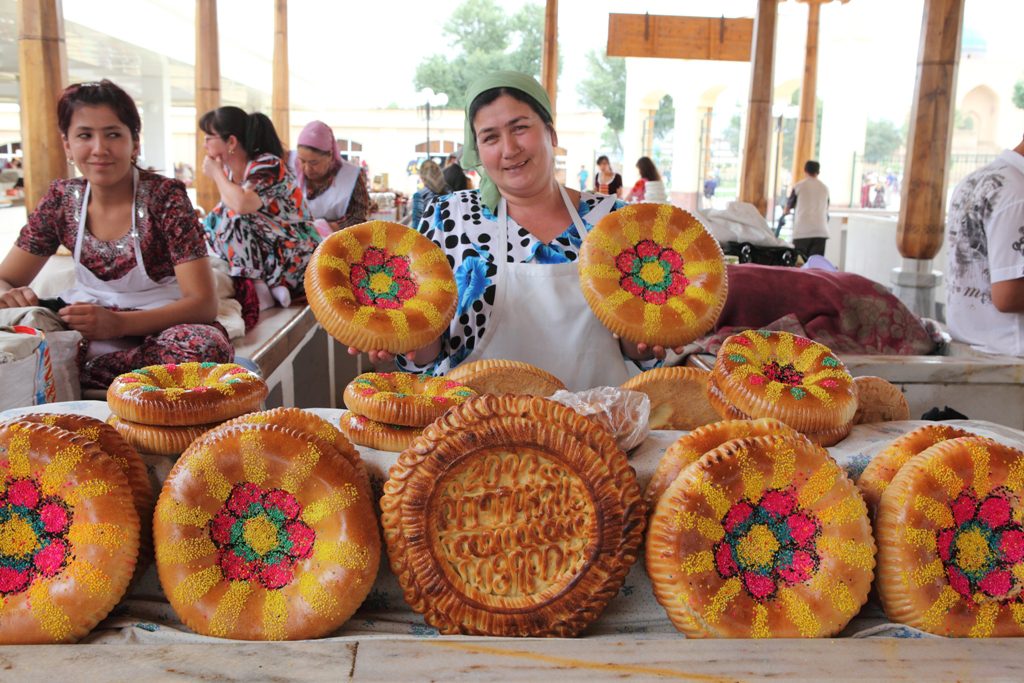 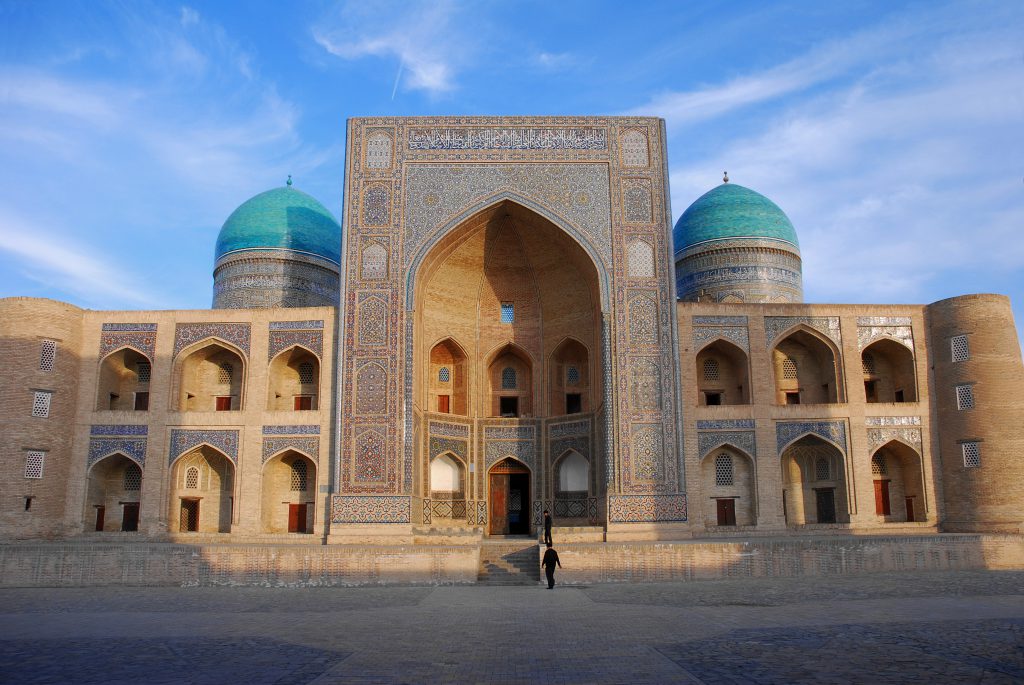 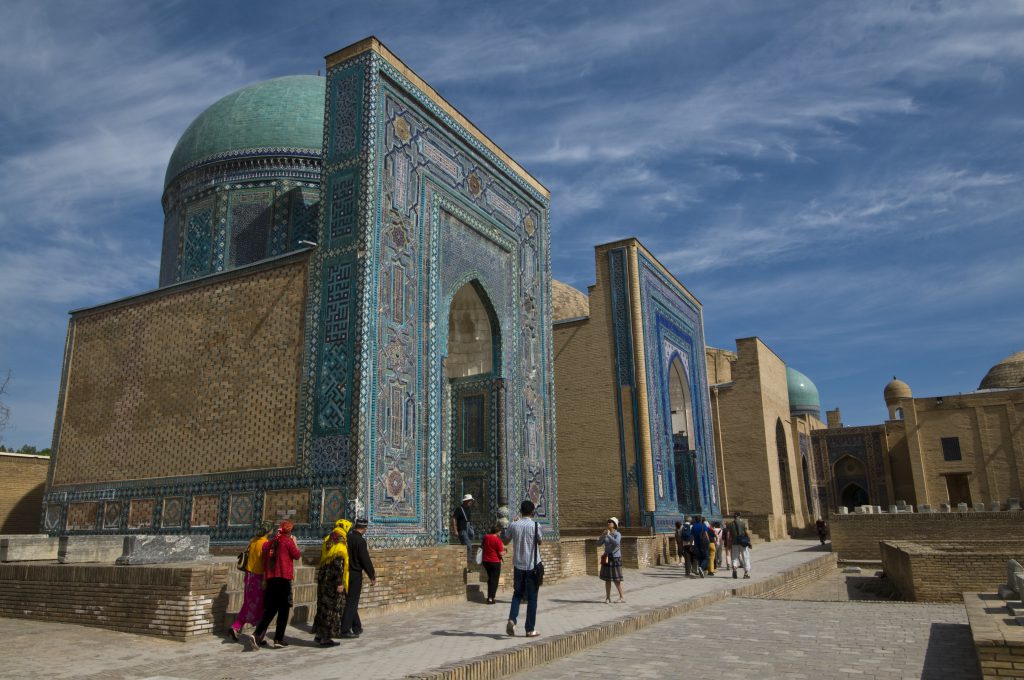 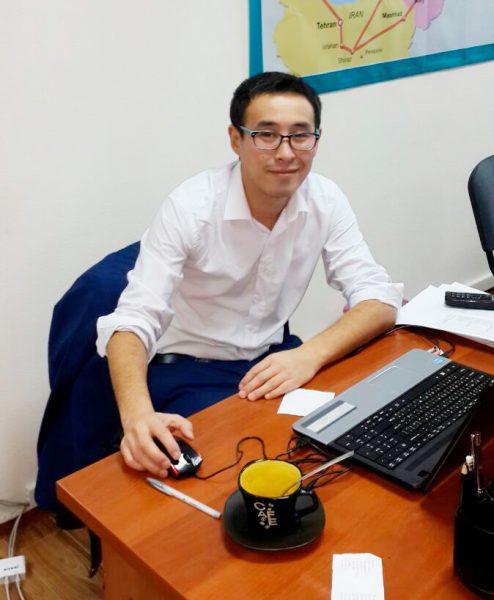