The most interesting sport event in Central Asia is coming back in this year. There are 36 kinds of sport including Kok Boru, Alysh wrestling, Toguz Korgool table game, Er Enish, Salburun (birds of prey) and others. There will be 80 countries and 3000 sportsmen taking part in it.

Upon arrival early in the morning in the international airport “Manas” you meet your guide, listen to a brief tour introduction and drive to Bishkek. After breakfast at a hotel we start our short sightseeing tour around Bishkek city:

We visit Manas Monument, the main national hero of the Kyrgyz people. Then excursion to the Art Museum (closed on Monday) and walking tour around main Ala Too Square to Kurmanzhan Datka Monument, main governmental buildings, and finish at the Old Square with Parliament House.

We drive to Issyk-Kul Lake.

We continue our way by northern side of Issyk-Kul Lake. We can enjoy the beautiful view of the Tien Shan mountains.

Dinner and overnight in the hotel.

After breakfast drive to Cholpon-Ata to visit so called “Stone garden” or Cholpon-Ata Petroglyphs site.

The temple in the open air of the Scythians and the Hung suns civilizations dated back 9-8 centuries BC till 3-4 centuries AD. The area of those stone drawing lies at the foot of Kungei Alatau Ridge with a beautiful view of the whole lake.

Lunch in a local café.

Issyk-Kul Lake has a tectonic origin with the length reaches 182 km, and width is 58 km, maximum depth is up to 668 m.Extremely deep and nicely warm, over the centuries the lake has been something of an oasis in this inhospitable mountain environment. With diverse flora and fauna Issyk-Kul Lake and the surrounding environments are rightly considered to be one of Central Asia’s most remarkable locations.

Dinner in a local café.

In the evening, we go to the amazing opening ceremony of the World Nomad Games (beginning appry. 20.30)

Overnight at the hotel.

After breakfast we have 1 hour boat cruise at Issyk  Kul Lake. Later, transfer to Kyrchyn Jailoo.

Then drive to Cholpon-Ata hippodrome to see the games :

The Games are a biennial event designed to celebrate the unique nomadic heritage of Central Asia. The event is popular with locals and also gaining popularity with the international community so expect a large crowd of many nationalities.

Lunch at a local cafe.

The program of the World Nomad Games includes games such as :

Toguz Korgool – belongs to the “mankala” game family. The word “mankala” derives from the word “shift, move”. The importance and the role of the mankala games in Asia and Africa can be compared with the importance and role of chess in the Western world.
Kyrgyz Kürösh– wrestling,  turned into an independent combat element to train Dzhigits (young men – warriors) to battles. Speaking about its applied significance for the nomads in the medieval time, the Hungarian sport historian Lazlo Kun notes: “At the belt wrestling competitions men were trained to pull the escaping rival off the saddle by a sure hand in case of necessity”.

Alysh belt wrestling – this kind of wrestling is one of the most ancient type of Kyrgyz wrestling. It is an ancient contact type of combat sport, at that two wrestlers fight dressed in clothes with belts.
Ordo – one of the most popular Kyrgyz games, which came from the ancient times.  The word Ordo itself means “a Khan palace or headquarters”. The game reproduces the battle for the palace’s usurpation.
Kok boru – in English “A grey wolf”. Dzhigits on frisky and good bottom horses organize pursuit of a horde of wolves. Catching it, they  lift a running wolf from the ground and throw  it to each other,  playing even pull it off each other.
Er enish – traditional Kyrgyz wrestling of horsemen. The rules and accessories of this kind of wrestling prove that this type was brought forth by military necessities and served military objectives.
Performance of Kyz kuumai – “girl chasing”, is an equestrian traditional sport among Turkic people such as Azerbaijanis, Kazakhs and Kyrgyz. It exhibits elements of horse racing but is often referred to as a ” kissing game”.

Tyiyn enmei – lift a coin from the ground at full tilt. The championship of horsemen on pacing horses

Dinner at a local café.

After breakfast transfer to Kyrchyn Jailoo where you can admire festival of – “Salburun“, which means “Hunter’s Zest” in Kyrgyz language, gathers hunters, birds of prey and hound (hunting dog) owners from all over Kyrgyzstan to compete in traditional Kyrgyz hunting and archery.
Hunting with golden eagles is a skill handed down from generation to generation in rural Kyrgyzstan. It dates back to the times when hunting was the only mean of survival in the Kyrgyz steppe.

We see a concert of artists of the Kyrgyz National Philharmonic named after Toktogul Satilganov and a theatrical performance of cultural delegations from Bishkek and Osh.

Competitive display of national clothes and national cuisine will be organized on this day. And representatives of the regions of Kyrgyzstan show us a speed yurt setting up contest. Traditionally, Kyrgyzstan is hosting the World Nomad Games in 2018 in Cholpon-Ata city. The Games bring together sports delegations from a lot of countries like: Turkey, Kazakhstan, Uzbekistan, Tajikistan, Turkmenistan, Azerbaijan, Mongolia, China and over 10 subjects of the Russian Federation. Kyrgyzstan, as a competition organizer is represented by two teams in each sport.

The World Nomad Games is an analogue of Olympic, Asian and Paralympic Games. This tourist project aims to develop traditional, national games of many nomadic nations. The project is presented on behalf of Kyrgyzstan.

Dinner in a local café.

After breakfast we move to Tepke village for its famous eco – farm.

We have an experience of the everyday life of a farmer in:
– Milking cows
– Collecting strawberry or black current
– Farm animal observation ( horses, bulls, sheep )

Especially we get acquainted with local special type of horses and local philosophy and lifestyle.

Homemade organic lunch from Eco-Farm Reina-Kench on the bank  of Jyrgalan river.

On the way we stop for excursion in the Museum of Przhevalskij – complex devoted to the person who was  the explorer of the Tien Shan and Tibet mountains.

Upon arrival in Karakol we take a sightseeing tour in the town :

1) Dungan Mosque built in the beginning of the 20th century in a style of Buddhist temple, but serves  for all Muslims of the region. This a real masterpiece of the Dungan architecture, built without any single nail.

Dinner at a dunghan family.

After breakfast we drive to Song Kul lake by the south shore of Issyk Kul lake.

Today we visit Djety-Oguz gorge to admire the landscapes and to take some pictures.
Djety-Oguz in Kyrgyz means “Seven Bulls”. This picturesque gorge is named so because of the red rocky sand formations covered with forests of Tien Shan spruces. We hike up the main gorge along the winding Djety Oguz mountain river. On the way we visit some yurts of the local nomadic families.  Pass through the canyon, cross 5 bridges and go up to the closest waterfall that impresses till the deepest corners of our souls by its beauty

We continue our way by southern shore of Issyk Kul lake. We pass the Orto-Tokoi water reservoir.

Upon arrival in Kochkor we visit a handicraft museum, where we can buy different masterpieces.

After we continue our way and drive over Kalmak-Asuu pass (3447m) to Song Kul lake.

Dinner and overnight at the Yurt Camp Ak Sai.

Today we step into the nomadic life as the Song Kul Lake is a place where local people set their yurts and stay 5 months a year.

Alpine Lake Son Kul is located in Tien Shan range at the altitude of 3016 m. During the summer Son Kul pasture is considered to be the best Kyrgyz jailoo. The road to the lake goes through the windy mountain passes and vanishes in the sky.

Here we taste the local lifestyle, meet nomads, see their houses called yurts and also spend the night in a yurt like a real shepherd.

Lunch at the yurt camp

There are several more activities available at Son Kul Lake:

1) Yurt setting up show. (for supplement)

Dinner and overnight at the yurt camp Ak Sai.

Before going to bed we sit by the bone-fire, sing songs and get warm

In the morning, after breakfast, we drive back to Bishkek. We pass through “Boom Gorge“, which lies at the eastern end of the Kyrgyz Range and provides the only corridor between two Chui and Issyk Kul regions. Converging together through this narrow canyon are a highway, a railway (rising high above the road apparently it was built by German prisoners of war, the first train to travel along the 189km track to Balykchy was in 1948), and the Chu River (so beloved by white-water rafters).

On the way we stop in Burana Tower  Museum Complex  near Tokmok city. That minaret was constructed in Balasagun town, one of the capitals of Karakhanid State existed in 8-12 centuries AD.

Here we explore ruins of one of the most important trading point at the Great Silk Road and also visit a little local museum that tells about that civilization by items of ancient.

Our attention will be drawn by the collection of Balbals – Turkic ancient tomb stones and stone carvings called petroglyphs.

In the morning after breakfast we are transferred to the international airport “Manas” to catch your flight back home. 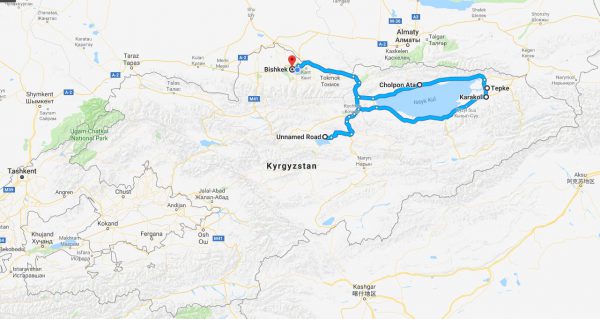 The cost per person on the Double basis – 1350 USD

The cost per person on the Single basis – 1500 USD

Options for supplement during this tour:

We watch the demonstration how nomads set up the yurt. You will learn main elements of Kyrgyz dwelling. You can take part and help locals to erect the yurt.

Yurt or Boz Üi is not just a dwelling/ house for Kyrgyz people. It is a symbol of nomadic life and beliefs. We will visit a local master in Kyzyl Tuu village, where you will learn the process of yurt making. Local master will let you to take part in yurt making.

There are different types of carpets. You will take part in Ala Kiyiz making. During the felt making you will learn types of traditional carpets. After show we visit the handicraft museum and a shop.

In Bokonbaevo workshop masters specialize in production of huge carpets. They have invented unique machinery with a help of an old tractor parts. It serves well for brushing and pressing the wool.

There are different types of carpets. You will take part in Ala Kiyiz making. During the felt making you will learn types of traditional carpets. Local Kyrgyz woman will teach you all the secrets of handicraft.

In Bokonbaevo village we meet a hunter and his bird. Upon request we offer 2 types of demonstration: 1) hunt on a rabbit (alive)

2) hunt on a fox skin (artificial)

After the demonstration you will have a chance to ask the hunter about tradition of eagle hunting and his bird features. You can take a closer look at the Bird and hold it in your hands!

When having a meal at Uighur family in Karakol town, we can watch a housewife cooking traditional food. She will teach us how to make noodles for lagman. In the end we will try our lagman altogether.

Professional musicians will demonstrate the traditional musical instruments and play Kyrgyz melodies. The show (about 20-40 min) can take place at hotel, restaurant, café, etc) or in Ala Archa Natural Park. It is a very nice addition to a welcome or farewell dinner! 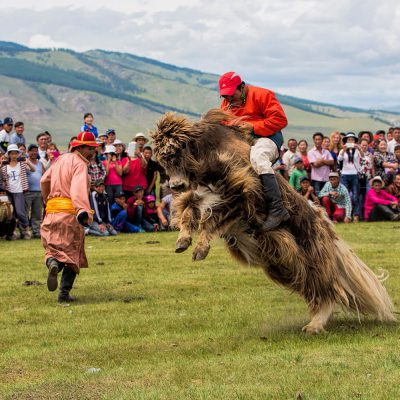 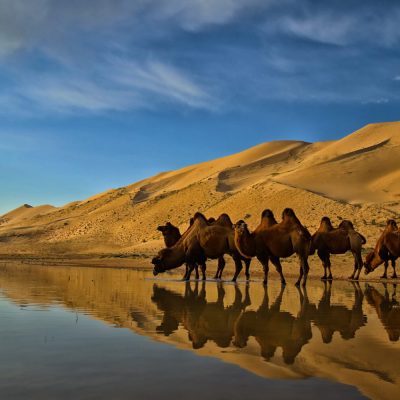 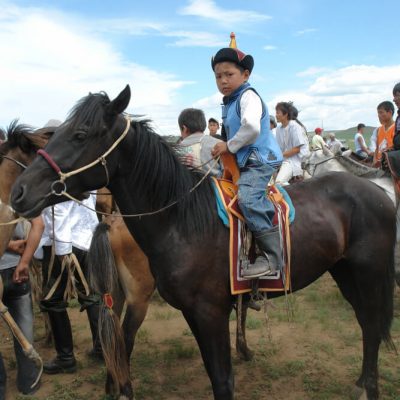 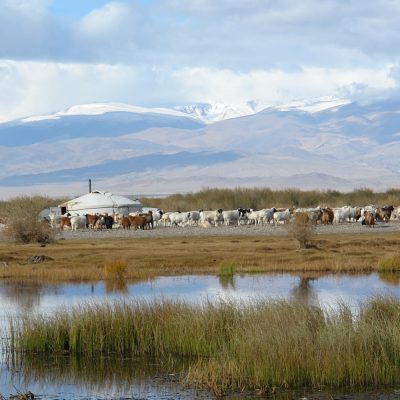 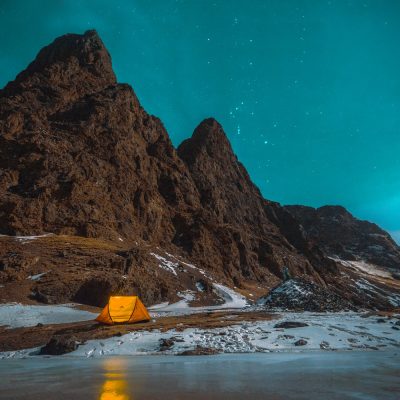 The cost doesn’t include: 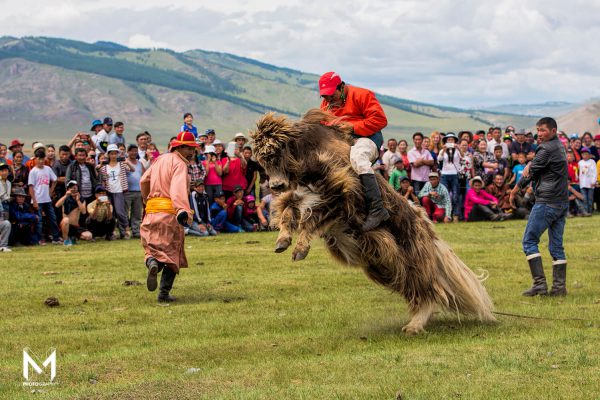