Yerevan
Yerevan, the capital of Armenia, is situated along the Hrazdan River, which is not navigable. According to Armenian tradition, the name of Yerevan is derived from an expression exclaimed by Noah in Armenian while looking in the direction of Yerevan, after the ark had landed on Mount Ararat and after the flood waters had receded: «Yerevats» (it appeared)… 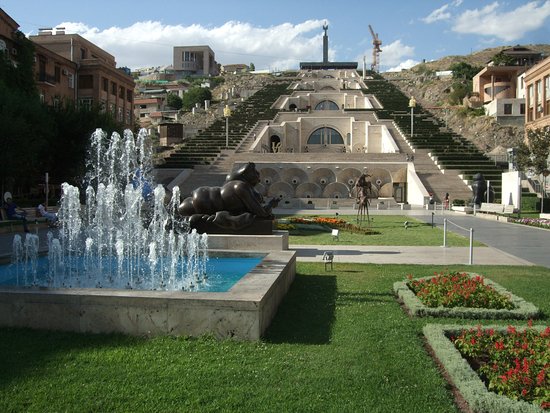 Areni village
The village of Areni is in Vayots Dzor region. This sunny village is famous for its best wine assortments. Due to its specific flavor and delicate taste «Areni» wine has its respectful place among the best Armenian wines. The visit to the wine factory of the village will serve a good testimony to the above mentioned. The St. Astvatsatsin church built by skillful architect and sculpture Momik is in Areni village, too.

Dilijan
Dilijan people with its unforgettable beauty and mild climate. The city stretches on the banks of Aghstev river, surrounded with mountains and forests. Dilijan has the fame of a health resort. The warm sun, fresh air and natural spas have great healing influence on people. Dilijan is also rich in interesting architectural monuments. 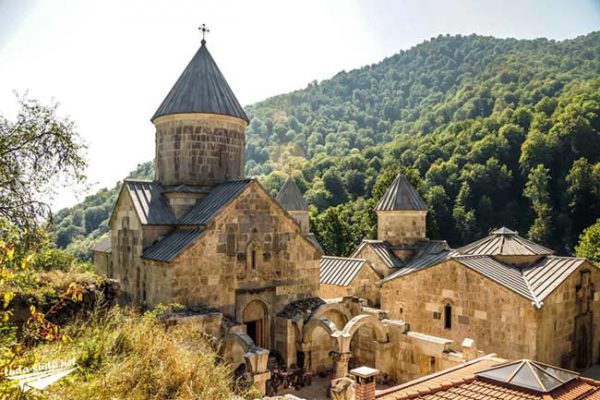 Goris
Goris is one of the main cities of Syunik region. This park-city, despite the natural cuts, has a well-organized ground plan. The city is surrounded with woody mountains and just next to the forests there are stunning pyramidical rocks which seem to scratch the clouds. Due to its exceptional nature Goris is considered the «beauty» of Zangezour. 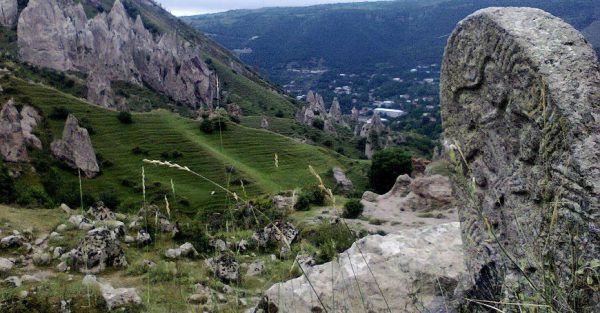 Stepanakert is the capital city of Artsakh. It bears the name of great revolutioner Stepan Shaumyan. Stepanakert is constructed by the project of Alexander Tamanyan. The clean, cozy city has many nice buildings and parks. Here one can see the famous sculptural work «We and our mountains», known in the nation as «Grandma and Grandpa».

Shoushi
Shoushi, the former capital city of Artsakh, is ten km far from Stepanakert. Shoushi is considered one of the oldest cultural and religious centers of Caucasus. The city is famous for its impregnable fortress and different historical sites. There is also a mosque of 18th century and St. Ghazanchetsots church restored in 1991-1994.