In the morning meet in the place agreed beforehand. Get to the vehicle and start one of the most spectacular voyage that is possible in Kyrgyzstan – Voyage to the south capital Osh city. It will take couple of days to reach Osh city, but as the first destination will be CHychkan canyon.
Our way goes over the Central and West Tien Shan areas from the north to the south and goes through two passes. One of them Tuu Ashuu Pass (3500 m) from which you may observe Suusamyr Valley, one of the busiest nomadic areas in Kyrgyzstan and statistically the coldest in Kyrgyzstan.
The second Pass is Ala Bel which is less dramatic, but still spectacular and comes as the border between two provinces: Chui and Jalal Abad.
In the afternoon we reach Chyckan canyon to get accommodated at the motel Oson. Here you may relax on the bank of the Chichkan river or make a walk along the closest canyon.
Overnight in Oson motel.

Full day driving to Osh city.
Early in the morning leave Chichkan to Osh. Our way goes around Toktogul reservoir, over a small pass, along the Naryn river and several tunnels on the way.
Do photo stops at the panoramic spots and giant hydroelectric stations.
Before arriving to Osh we stop for excursion to the ancient minaret and mausoleums in Uzgen town (60 km from Osh). Uzghen was one of the capitals of Karakhanid State, occupied vast areas in Central Asia in 10-12 centuries AD. Islam became state religion in this khanate in Central Asia that is why minaret and mausoleums of governors were situated in the very citadel (center) of the city.
Evening arrival to Osh city. Accommodation in a hotel. Rest from the long driving day.

Today we dedicate to the exploration of Osh city.
In the morning visit Osh Bazaar. Walk along the colorful rows of Golden market, watch black smiths working and smell aromas of spices, fruits and vegetables of Food market. Finish your immersing into oriental life by visiting the handicraft rows.
Later visit Sulaiman Too (mount), one of the main shrines of the Islamic world in Central Asia. On the mount visit historical museum, located right in the main cave. After excursion in the museum follow the way of all pilgrims up to the top of the hill where observe a little mosque of Babur, the Great Mogols Dynasty founder, and take a bird eye’s view of the city.
Also in the program we have visit to the local Osh city Orthodox Cathedral, Lenin statue on the main square and the 3-floors yurt-museum dedicated to Kurmandjan Datka and art of Kyrgyz people.
After the city tour we head to the airport of Osh and catch an evening flight to Bishkek.
In case of the fair weather you may observe all the land way to Osh from the height of about 6000 m a.s.l.

End of the program! 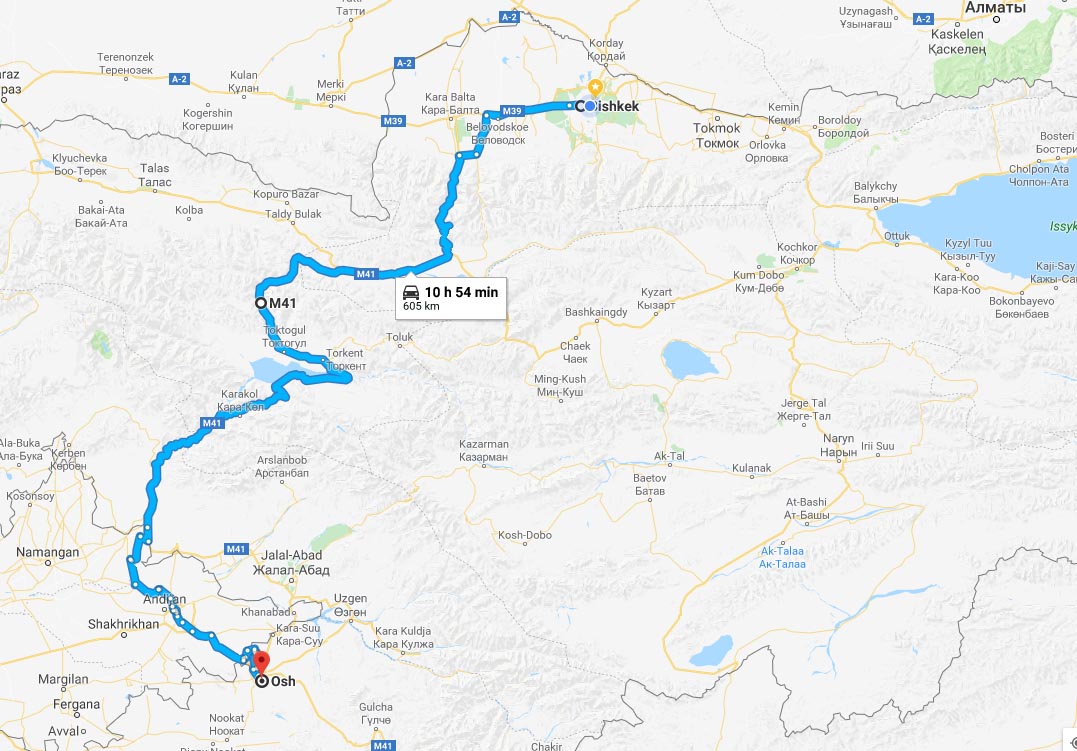 Recommended to take with you:

Money exchange - if you plan to exchange USD / Euro to KGS , we recommend to take the notes of 50, 100 without stamps, inscriptions and any kind of damage, because damaged banknotes are not accepted by banks and exchange offices. 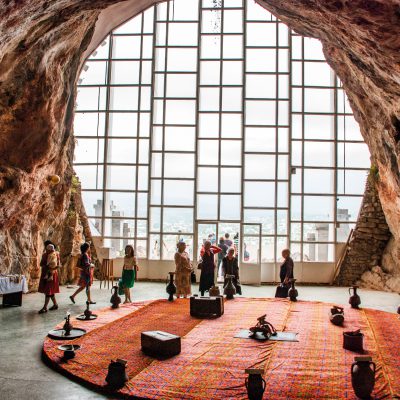 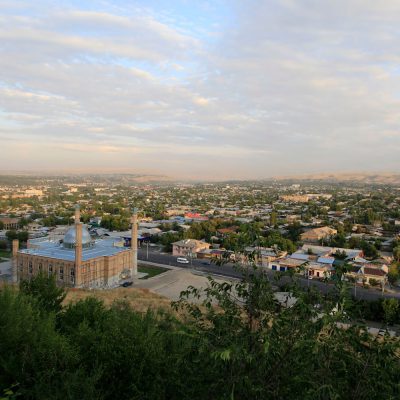 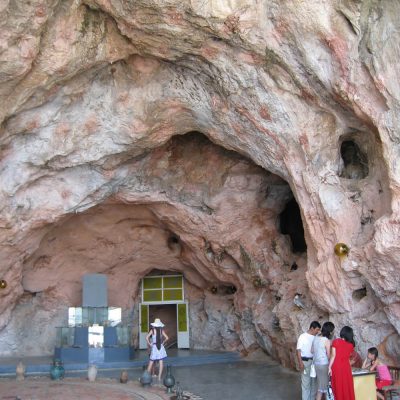 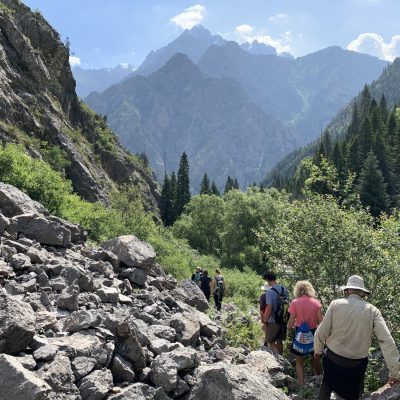 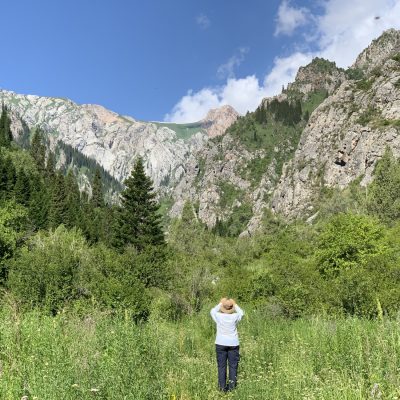 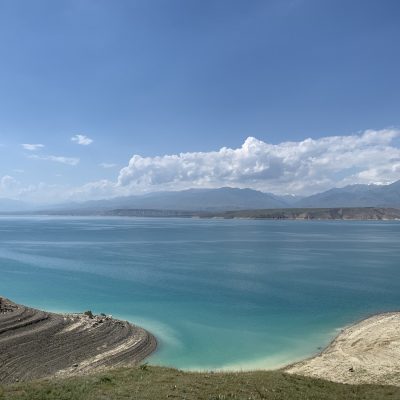 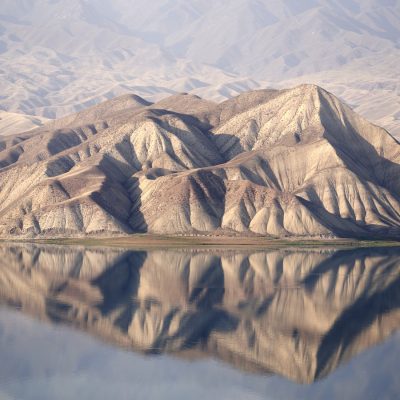 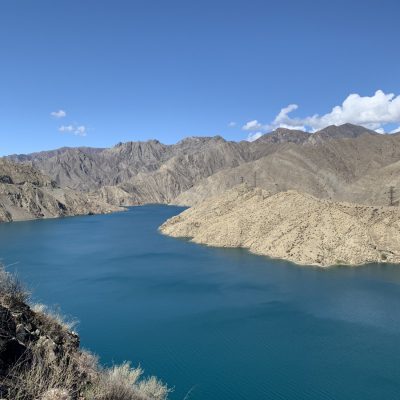 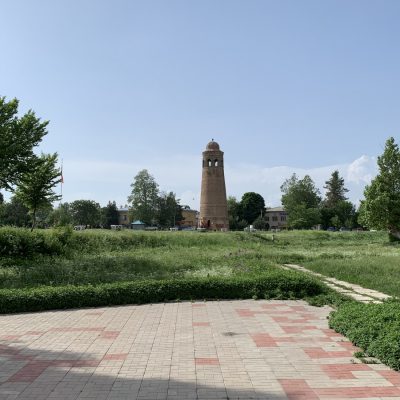 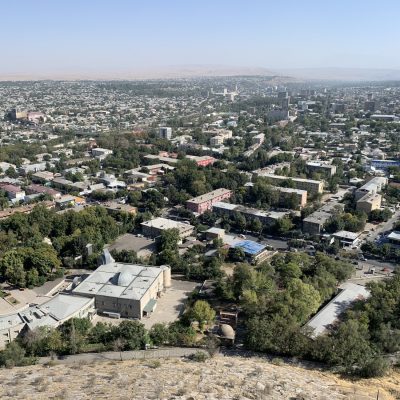 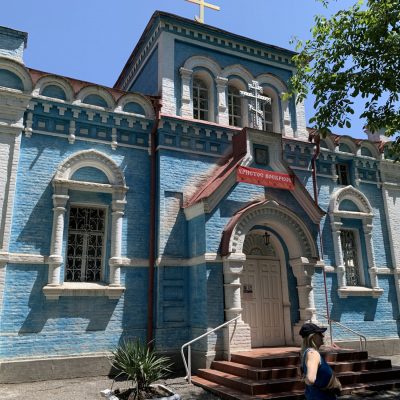 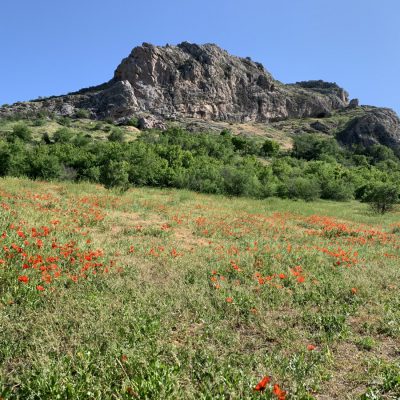 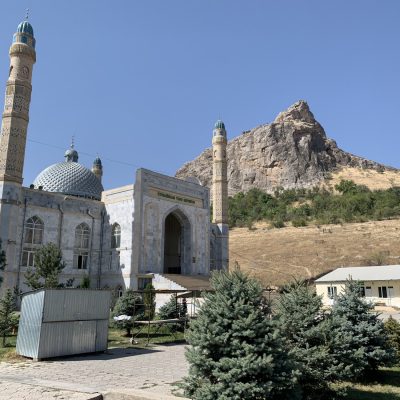 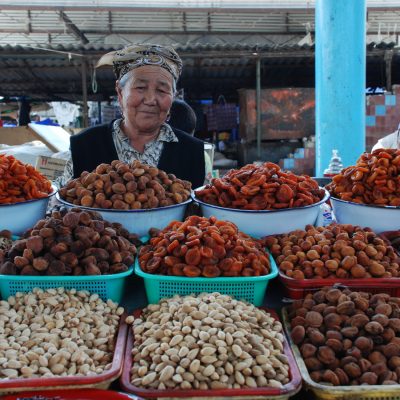 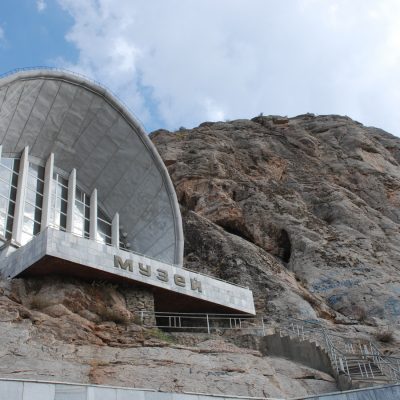 For the price and additional details please filling up the form on the right side of the page.

Our responsible manager will contact you as soon as possible.