During this fascinating trip you will explore the legacy of the Great Silk Road, step into nomadic traditions and see unique landscapes. A route full of contrasts between history, traditions, and the modernity of the capital Nur-Sultan.

Our guide will wait for you at Almaty International Airport. transfer to a hotel in Almaty. Free time. After lunch city tour in Almaty: Central Museum with Ethnographic and Archaeological areas, the Independence Monument in Republic Square, and the Central mosque.

After excursion drive back to the hotel.

Almaty was the capital of Kazakstan until 1997, and it still is the first city in the country regarding culture, education, tourism and business. This beautiful town at the foot of the emerald Tian-Shan Mountains is rightly called a garden city.

In the morning we start driving to Issyk architectural complex. 50 km of the way and we visit famous mound and museum.

The Issyk kurgan, in south-eastern Kazakhstan, near Issyk Lake, is a burial mound discovered in 1969. It has a height of six meters and a circumference of sixty meters. It is dated to the 4th or 3rd century BC.

Afternoon transfer back to Almaty city.

Half day city tour. Visit Park of 28 Panfilov’s fighters, Zenkov Cathedral and War Memorial complex. At the same area we will see the National Instruments Museum and get familiar with the Kazakh charming instruments and traditional music.

Transfer to Green Bazaar and walking around, spending time till the evening.

Transfer to the airport for flight to Shymkent city (subject to change).

Upon arrival to Shymkent city, transfer to the hotel. Rest.

Otrar is the city where medieval philosopher and scientist Al-Farabi was born and lived. Otrar settlement was founded in IV century BC. This center of trade and craftsmanship was the main point of the caravan routes between Eastern Europe and China. In the late XIII century Mongolian troops razed the city to the ground. But, despite the catastrophic devastation, Otrar risen from the ashes and in a relatively short time economically developed. The remains of the citadel and other large buildings, as well as the main gate and rabad, covering an area of about 10 square kilometers, have survived to the present days.

Turkestan was founded around 500 AD at the crossroads of caravan routes from Samarkand, Bukhara and Khiva in northern Kazakhstan. The city was known as the spiritual and political center of the Turkic-speaking people in the XVI-XVIII centuries, and was the capital of the Kazakh Khanate. Turkestan has gained wide international reputation due to preaching activity of the famous Sufi sheikh and philosopher Khoja Ahmed Yasawi, who was buried in a small mausoleum here in 1166.

Transfer to Shymkent (170 km). Accommodation in a hotel.

Transfer to Sairam Settlement (160 km (put it in the title?). Sightseeing at Ibrahim-Ata Mausoleum, Karashash-Ana Mausoleum, and medieval minaret.

Sairam Settlement is located near Shymkent, at the place of Ispidzhab – one of the largest centers of the Great Silk Road in the Middle Ages. It was first mentioned in Chinese manuscripts of the year 629. In the XIII century it gets a new name – Sairam. The settlement keeps the remains of buildings of XIII-IXX centuries. But this is not the only reason of Sairam’s fame, it is also known as the birthplace of the great enlightener of XII century – Khoja Ahmed Yasawi. Mausoleums of his father and mother, Ibrahim-Ata and Karashash-Ana, are also located here.

Today we have half day to explore Aksu Jabagly.

Founded in 1926, the reserve is situated in the Western Tien Shan Mountains at elevations from 1100 to 4236 meters. There is spectacular scenery like the Aksu Gorge where you can walk down to the river. The Park contains a rich flora, of which 57 species are recorded in the Red Data Book for Kazakhstan (the tulips of Holland originated from this region). There are 52 species of mammals including “stars” like the snow leopard and the bear as well as ibex, argali (mountain sheep) and marmot. Rare and endangered birds include the golden eagle, Eurasian eagle owl and the Himalayan griffon vulture.

Afternoon transfer back to Shymkent city. Evening transfer to the airport. Flight to Nur-Sultan city.

Upon arrival accommodation in a hotel. Rest.

Full day sightseeing tour in Nur-Sultan city: Presidential center of Culture of Kazakhstan (well-known for the statue of the Golden Man), Shopping Center Khan Shatyr, Astana-Baiterek monument (you take an elevator to the top and enjoy a lovely view of the city).

Lunch in a local restaurant. We continue our city tour: Kazakh Eli Square, Palace of Peace and Accord, Khazret sultan mosque, and Palace of Independence, where you can look at the future plans for the development of Nur-Sultan (Layout Nur-Sultan until 2030).

The modernity you can experience in Nur-Sultan contrasts with the traditionalism and simplicity in other areas of Kazakhstan. It is like an oasis of luxury and comfort you will appreciate after all the emotions lived during this trip. (there was no sentence about it (this one is just an idea to improve it).

In this camp there were the wives with the mark “MCTF” – member of country traitor’s family. Not committing any crime they had to serve in such special camps just for their role of the wife, mother, sister and daughter of those who were accused as the country traitors. Women served the term for not committed crime, even their husbands did not commit any crime, and they worked for the Motherland. In the criminal law there was a clause 58 which included 14 items, according to this clause people held responsibility for their relatives and friends, that’s why 8000 women were in the 17th division of Karaganda camp.

After excursion transfer back to Nur-Sultan city. Free time at leisure to explore the city. Overnight.

Morning transfer to the airport. Flight back home. 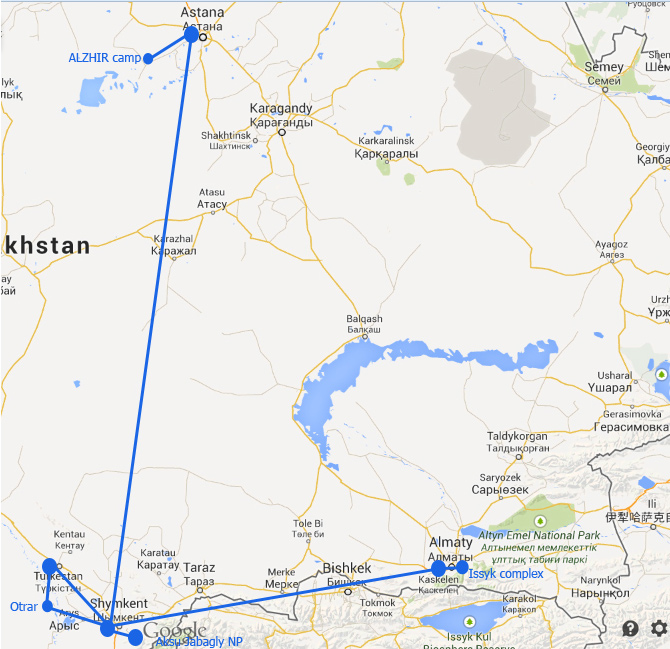 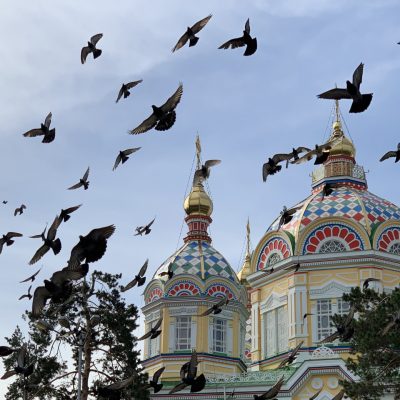 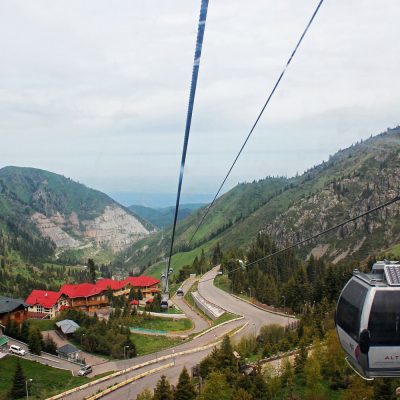 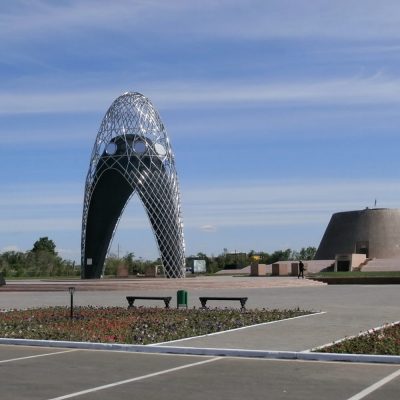 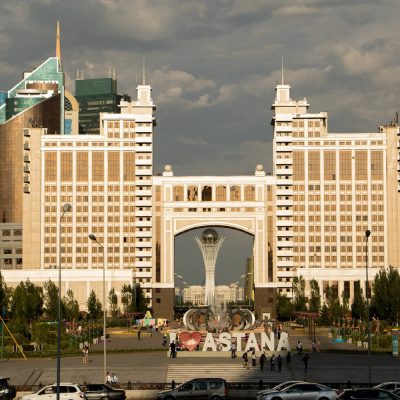 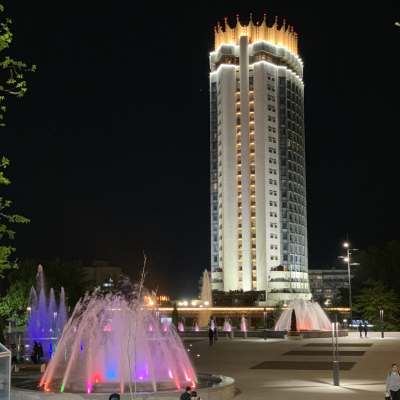 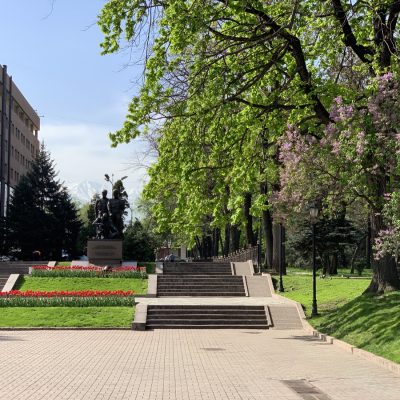 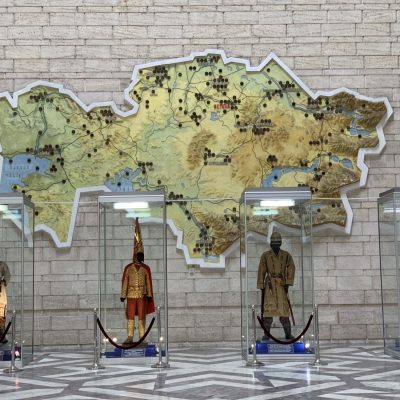 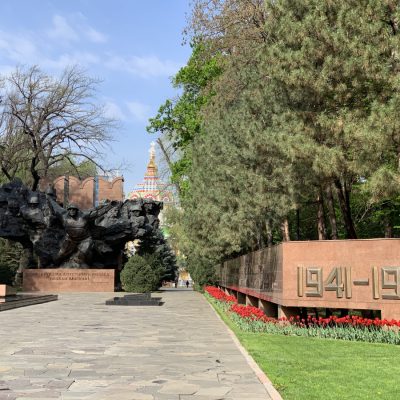 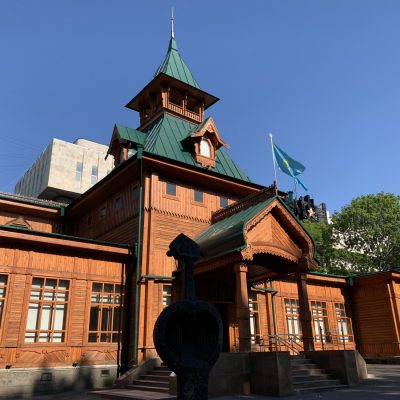 The price doesn’t include: