Today, September 27, in anticipation of the Worldwide Tourism Day, there was an awarding ceremony Kyrgyz Tourism Awards 2019.

As a result of the ceremony, our company received awards for achievements in the field of development and promotion of the tourism sector in the Kyrgyz Republic and was recognized as the best tour operator in Kyrgyzstan.

The director of the company, Kalashnikova Elena Anatolievna, got a special award – Person of the year, who made a special contribution to the development of tourism, namely, in promoting mountaineering in the Kyrgyz Republic. 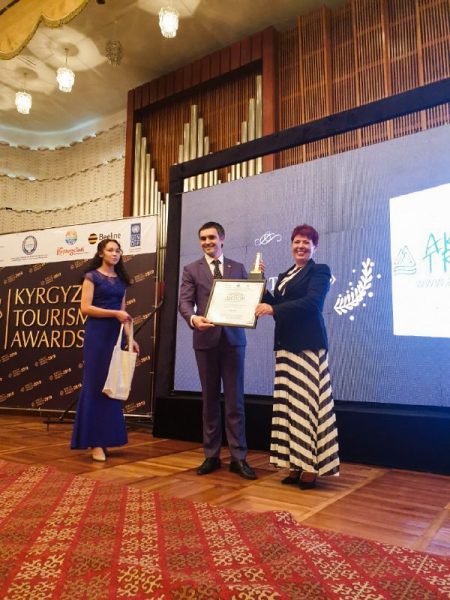 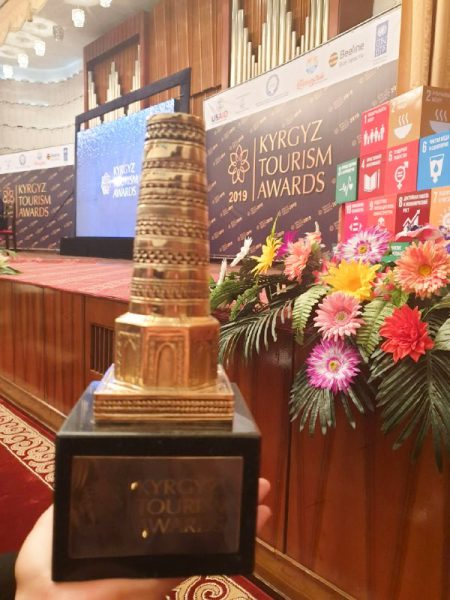 Manager of the company Ak-Sai Travel, Aleksandr Kalmykov took the second prize in nomination “Guide of the year in KG”.

Also our new yurt camp Karkara, that has been functioning one year only, took the third prize in nomination “the best yurt camp (ethnic style) in KG”. 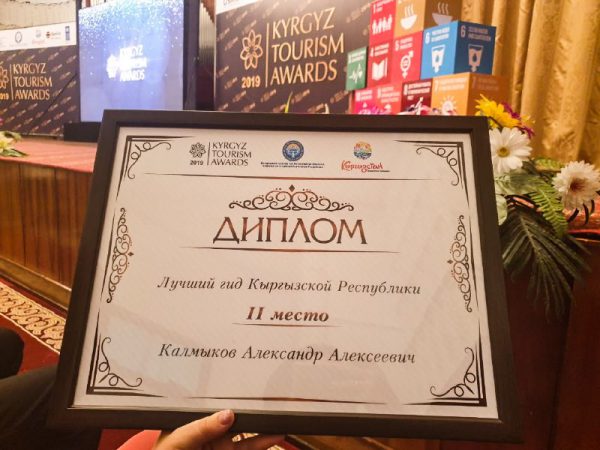 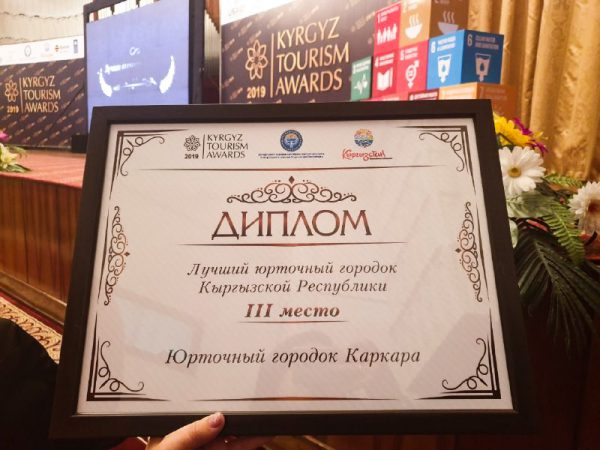 Many thanks for your votes. We are pleased to work for the benefit of the development of our country!

We’ll take this opportunity once again to congratulate all colleagues on World Tourism Day and wish everyone prosperity and success!