Location: The modern mountain-skiing base “Karakol” is located 7 km from the city of Karakol (Issyk-Kul region, Kyrgyzstan).

On the territory of the mountain-skiing base “Karakol” there are:

Building 1: One-storey, 10 one-room (one double room with two single beds, five double rooms with double beds and four triple rooms, which have a double and single beds.) There is a set of furniture, TV, a bathroom and a shower in the room.

Building 2: Two-storey, 6 double one-room (3 rooms with double bed and beds and 3 rooms with 2 single beds.) 2 two-room apartments: one room has a double bed, in the other, upholstered furniture .In all rooms there is furniture, TV, bathroom with shower cabin.

Building 3: Three-storey, with 8 one-room double rooms. Each room has a double bed (with the possibility of making two separate beds), a large sofa, a TV, a mirror

Cottage “Chalet”: (for 8 people) is a two-storey cozy cottage (with blue and yellow roofs). On the ground floor there is a common living room, bedroom, two bathrooms with shower cabins. On the second floor there are three separate bedrooms with double beds.

On the first floor there is a spacious hall with a fireplace, a bar counter, upholstered furniture, a large TV, a bathroom.

Cottage – «Lux Apartments»: (for 11 people), with its own garage for 2 cars. In the lobby billiards, TVs, refrigerator, microwave.

Meals: On the territory of the ski resort there is a restaurant, you can order a comprehensive meal – $ 30. per day per person.

Infrastructure: On the territory of the base there is a rental of ski equipment, service equipment, instructors, rental of snowmobiles YAMAHA V540 (the thickness of the snow cover varies from 1.5 to 2.5 m). 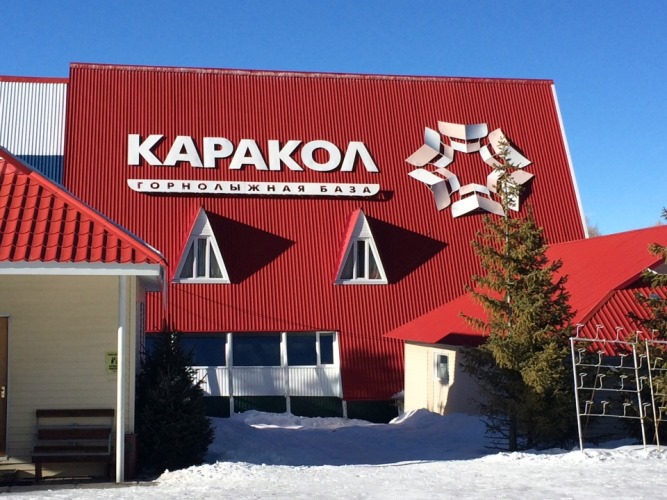 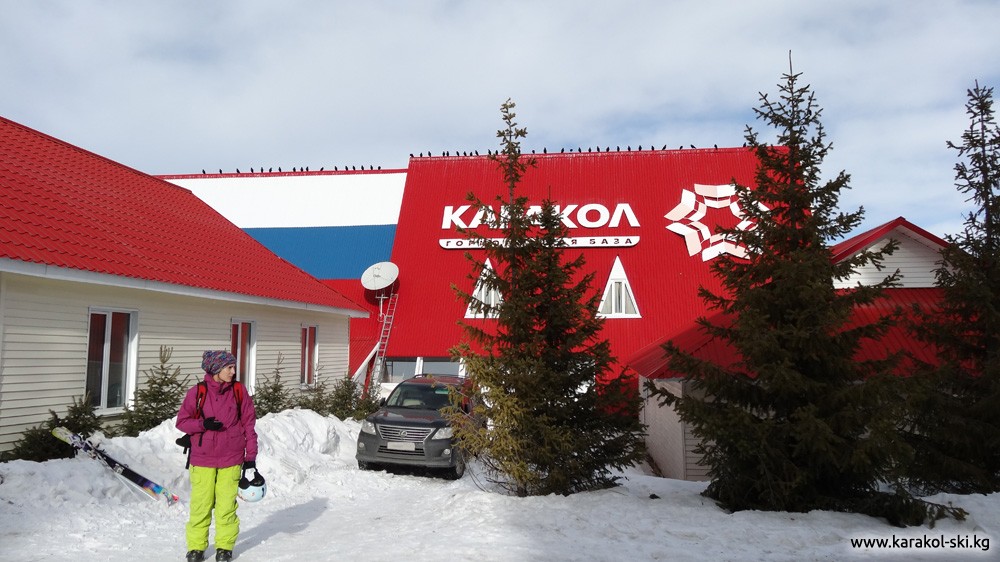 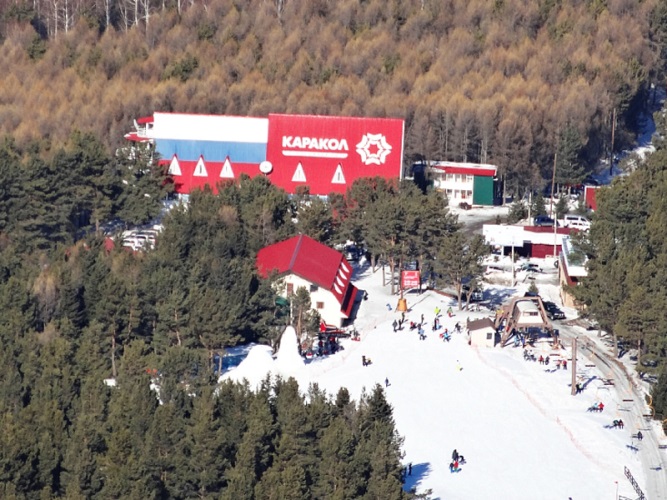 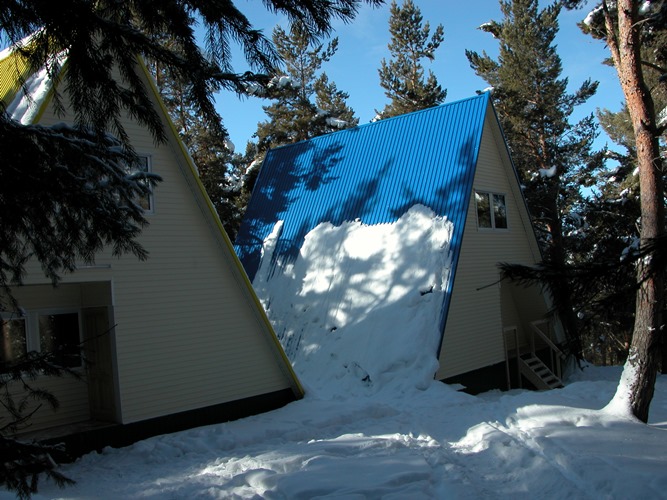 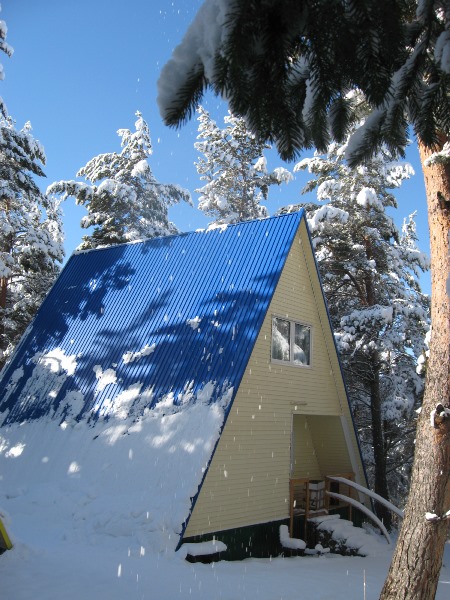 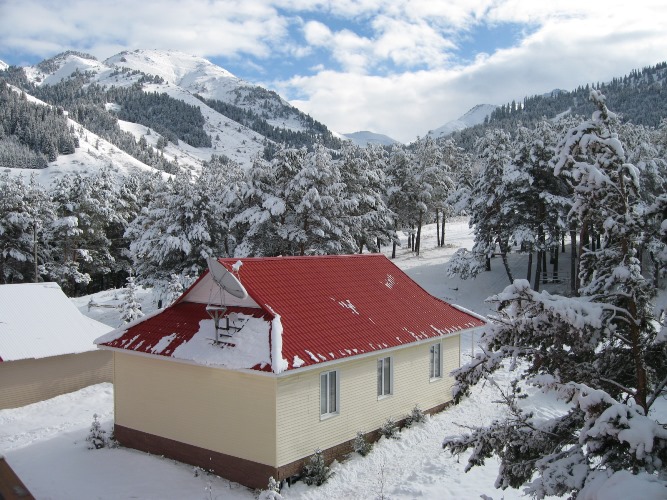 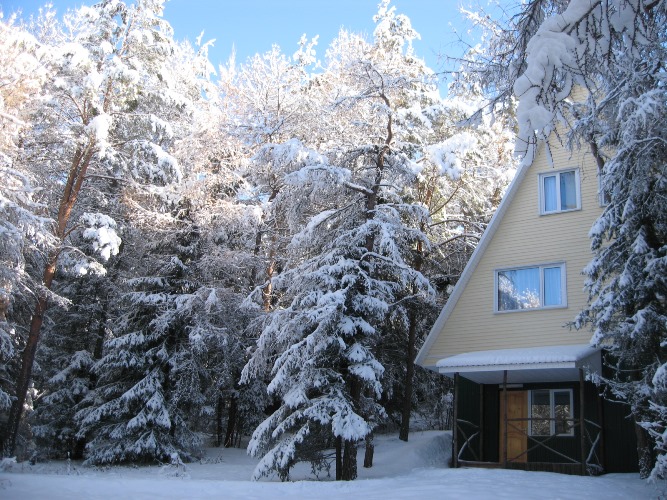 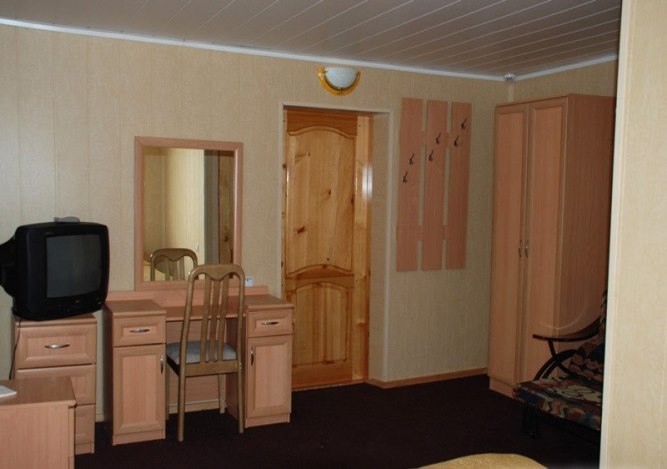 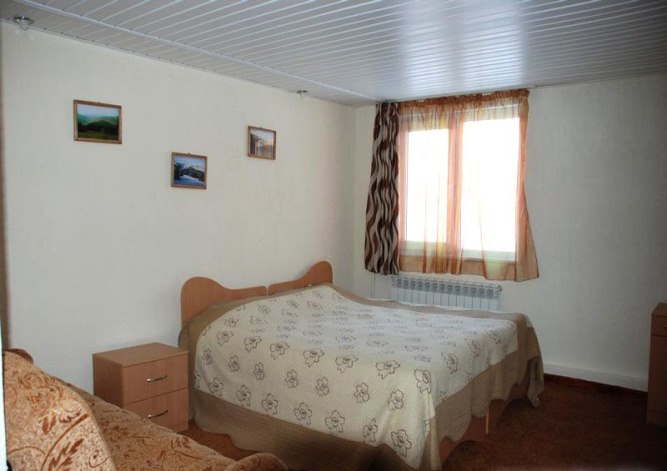 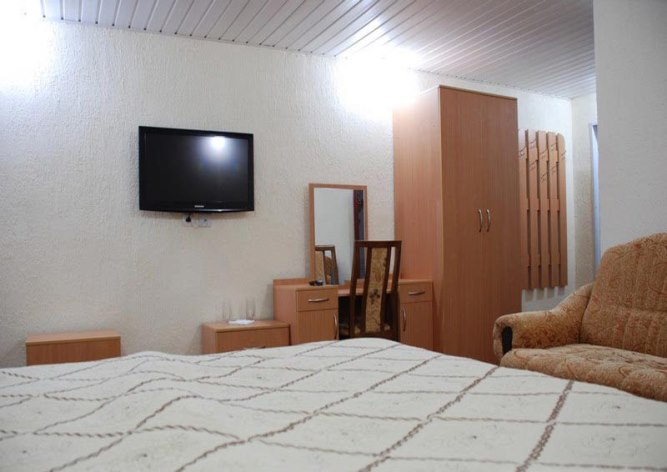 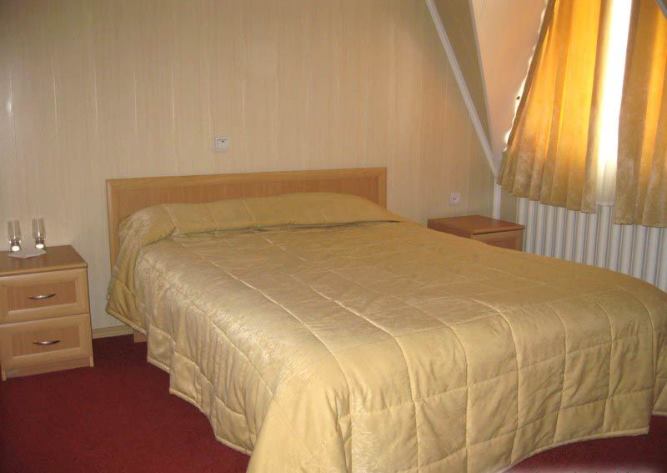 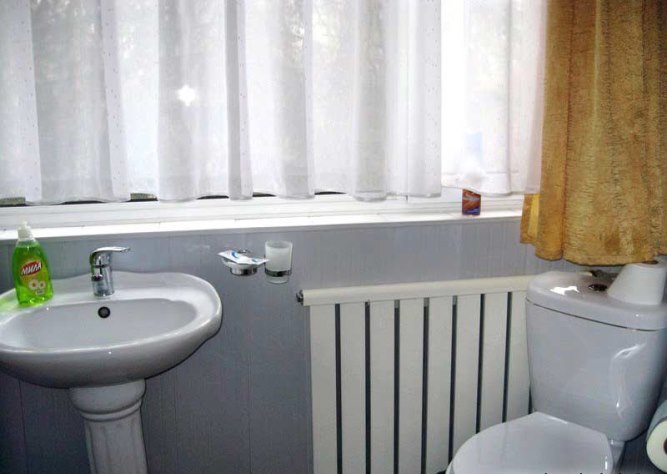 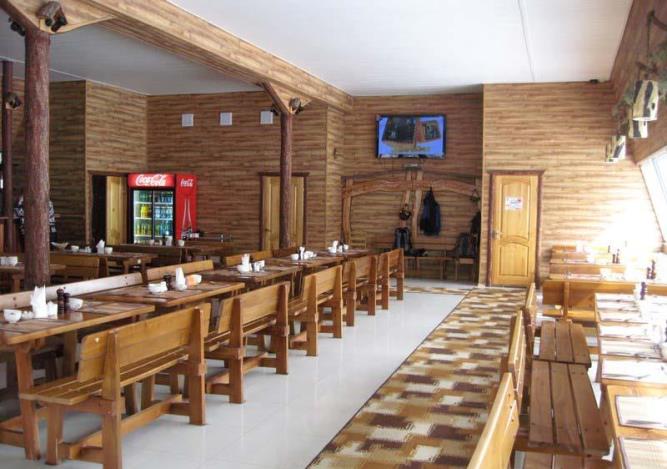 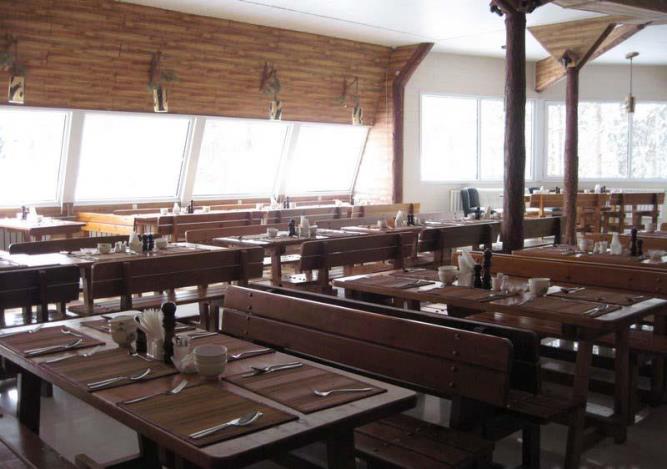 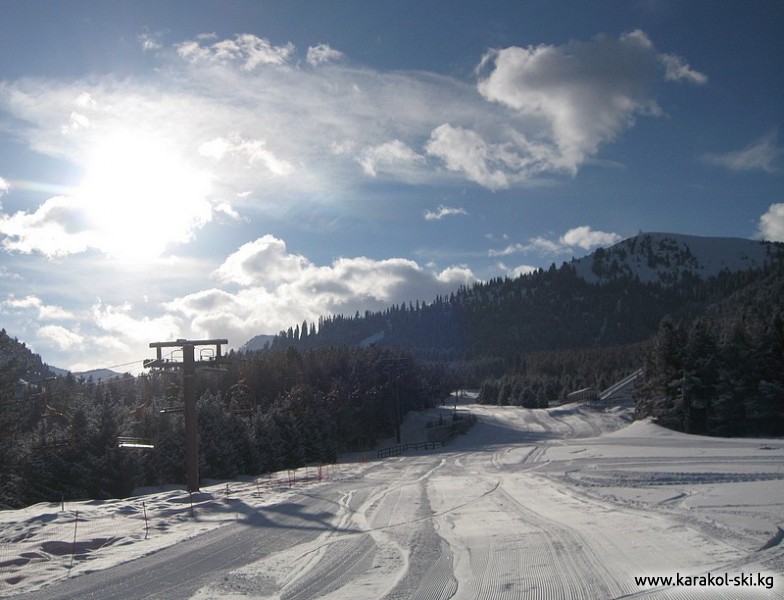 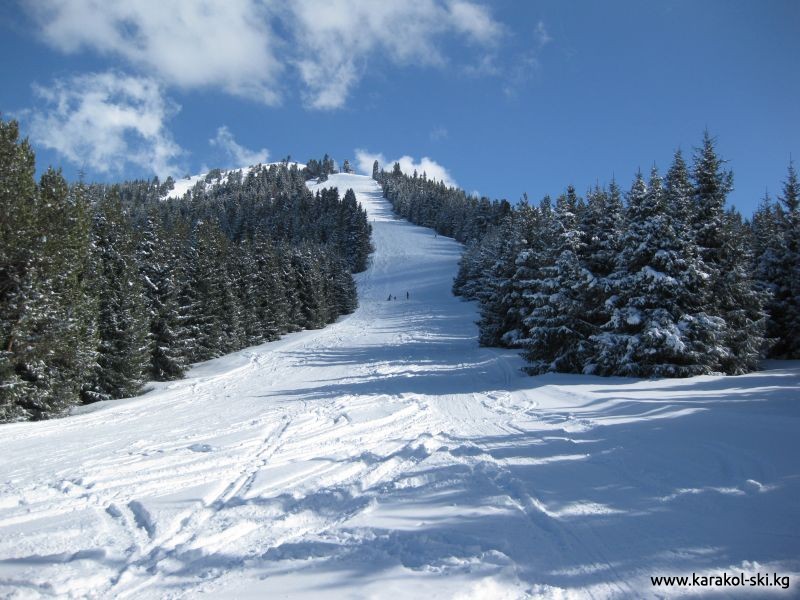 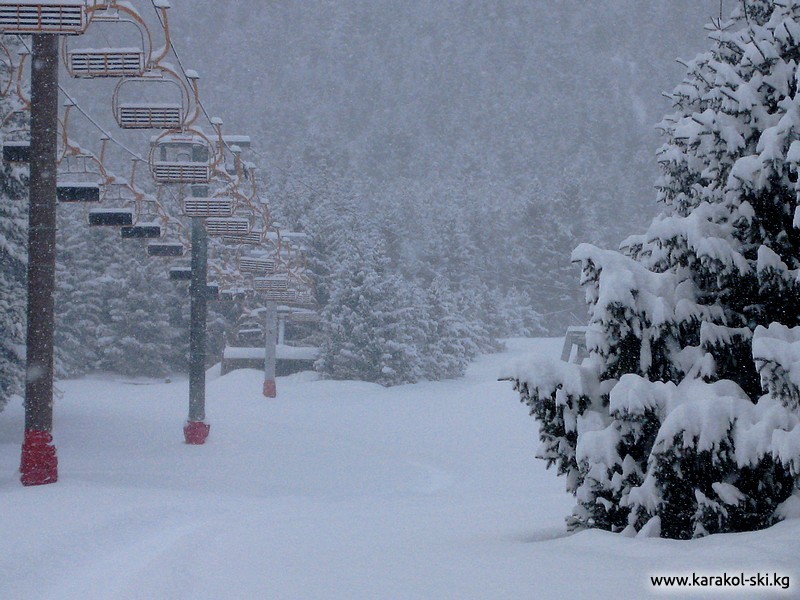 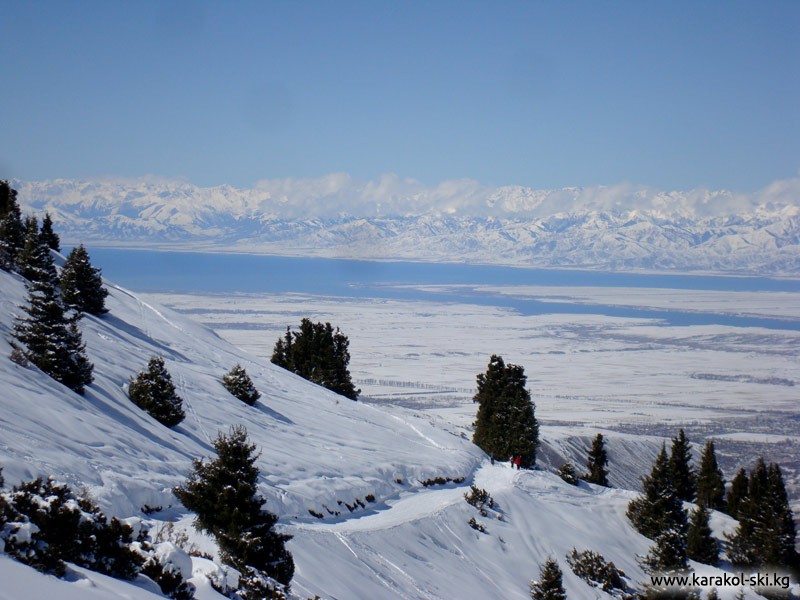 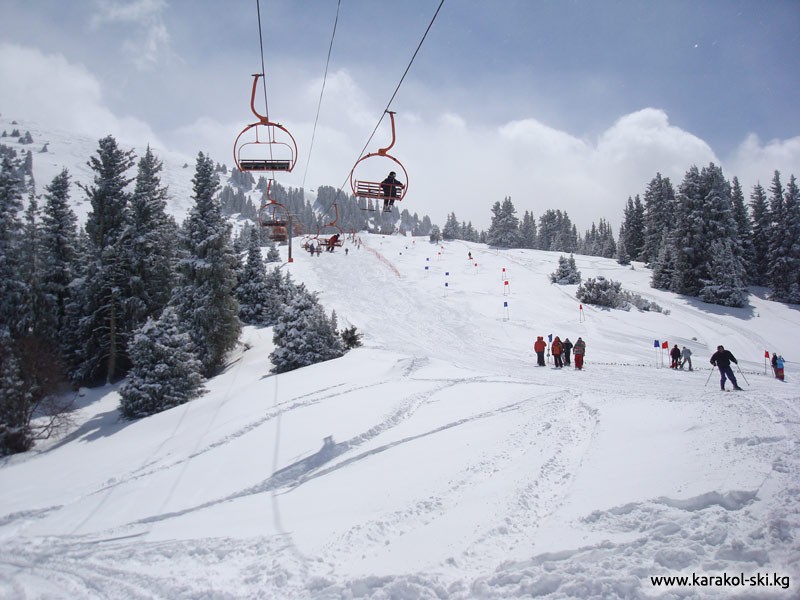 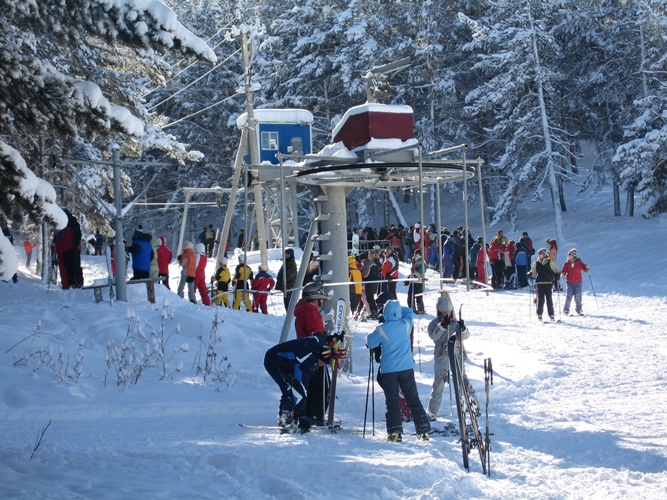 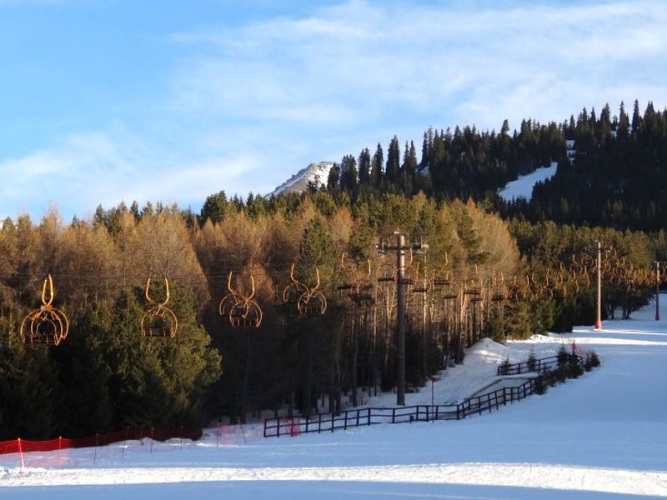 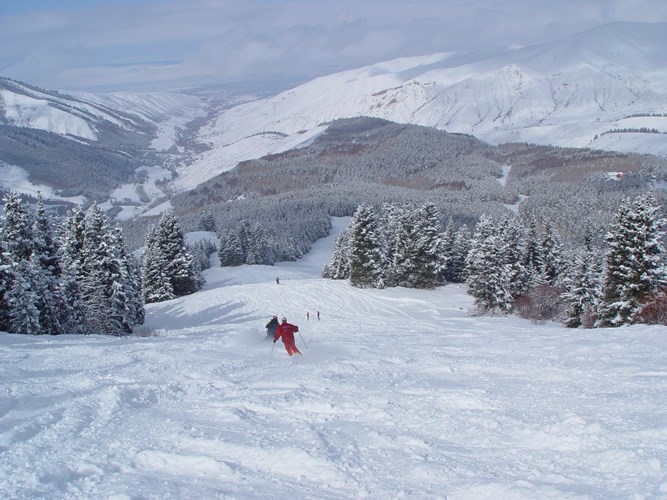 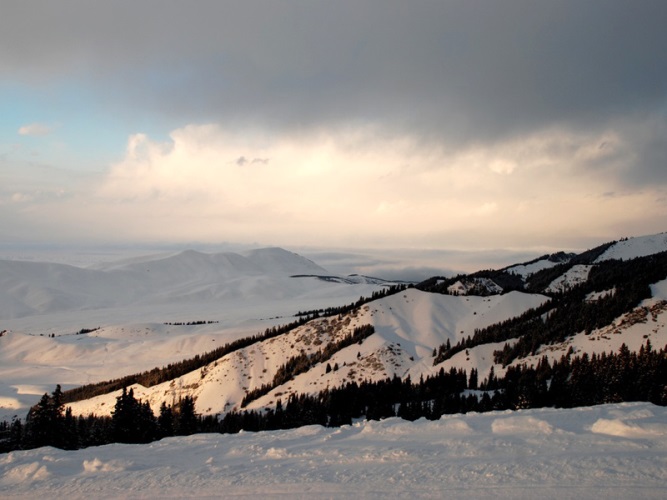 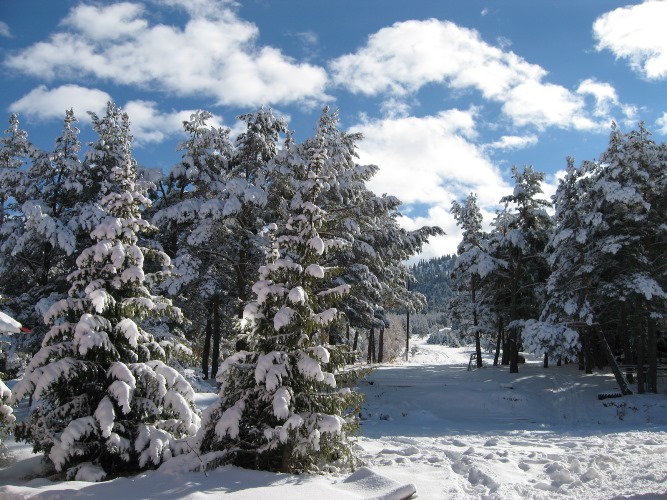 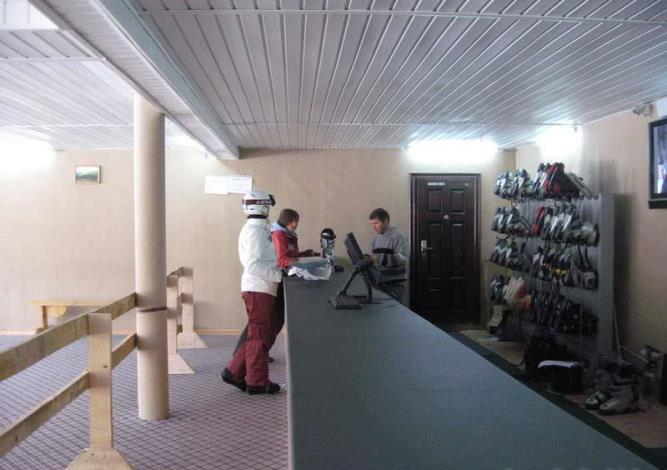