The ceremony of presenting the National Tourism Awards “Kyrgyz Tourism Awards – 2017” was held in Bishkek during The World Tourism Day with the participation of state officials, international organizations and diplomatic representatives, as well as the best workers of the country’s tourism sector. 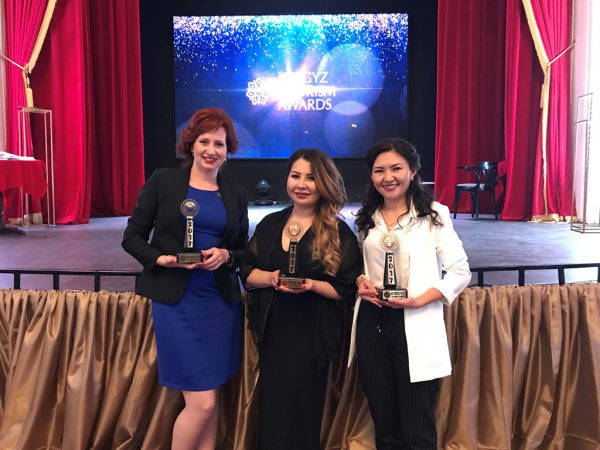 The solemn ceremony took place on the evening of September 27th at the Tunguch Youth Theater. The event was organized by the Department of Tourism under the Ministry of Culture, Information and Tourism of the Kyrgyz Republic (MCIT) in cooperation with the Kyrgyz Association of Tour Operators (KATO).

For an objective evaluation of the contestants, an evaluation commission was created, which included specialists from the Ministry of Foreign Affairs of the Kyrgyz Republic, professionals from the tourism industry, independent experts, tourism consultants and representatives of international organizations. Acceptance of applications for participation was started in August 2017, and upon their admission the commission evaluated the contestants according to certain criteria. Based on the results of the commission’s work, the winners were determined. 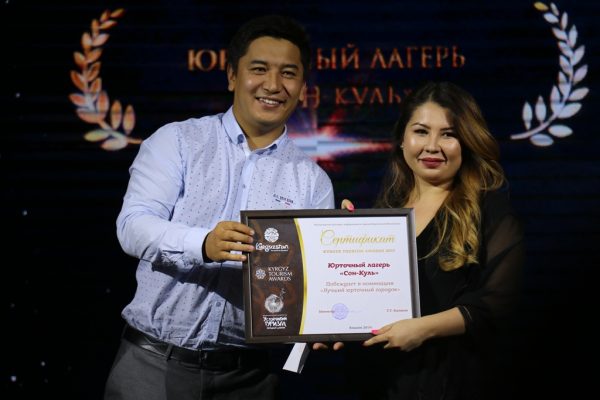 Our company “Ak-Sai Travel” became the winner and received gold figurines, as well as letters of appreciation in the next nominations:

Also, the Prime Minister of the Kyrgyz Republic, Mr. Sapar Isakov, presented the “Certificate of Honor for Contribution to the Development of Tourism”.